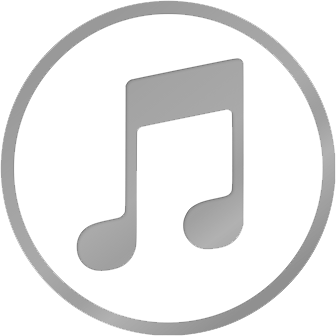 Here you will find a short glossary about certain words and terms, that are used in samba and you should know.

A "group" within the samba school at the carnival parade.

Ladies who have their very own chorography in long hoop skirts, where they spin almost constantly on their own axis.

Literally means "drumset", but in a samba school it refers to the percussion group.

A "session" among percussionists.

Small groups of musicians (mostly percussion, brass, vocals) who paralyse whole districts at carnival. In Rio, however, "bloco" is also a negative term for a bad-sounding bateria of a samba school. "Que Bloco é esse?" - "what kind of bloco is that?"

A bossa is a variation on the rhythm of the bateria. In contrast to the "paradinha", at least one instrumental group does not stop playing, but continues to carry the groove.

The artistic director, responsible for the design of the costumes, floats and general appearance of the Escola de Samba.

The "front committee" enters the street first in the parade and introduces the theme of the samba school. Usually it is complicated choreographies combined with the latest techniques.

The "concentration" is the meeting, costuming and setting up before the carnival parade.

Desenho (the "drawing") in this case means the arrangement of a bateria to a samba de enredo. For example, the tamborins always play a desenho to a samba and the surdos de Terceira are also often "desenhado", i.e. arranged to a song.

The parade, the carnival procession

Usually celebrities wearing special costumes or standing in a special place on a float.

"Directors" are people with special duties, such as organising an ala or supervising a float or an instrument group within the bateria.

The enredo is the "theme" of a samba school. The carnavalesco suggests a few themes at the beginning of the year, and then around May one of them is chosen and worked on for the rest of the year. Mistakenly, the term enredo is often used for a song. The song, however, is the "samba" or, if written to a theme, the "samba de Enredo".

"Samba schools" are much more than just drum and dance clubs. They organise cultural events throughout the year, look after the young people of their district and much more. During carnival they compete against each other.

Grêmio Recreativo Escola de Samba - this is a name used by all traditional samba schools.

The job of the members of the "Harmonia" is to make sure that the overall image of the Sambschule is "harmonious". They encourage the people to sing louder and louder, use walkie-talkies among them to make sure that there are no gaps in the sometimes more than 5000 people strong group and that no one steps out of line. The singers, cavaquinho, banjo and 7-cordas players are often wrongly grouped together under the term Harmonia. Unfortunately, they are simply called "O pessoal do carro do som" - "the people from the car where the sound comes out".

The director of the bateria, who has the title of "master", is the overall musical director who, once the samba de enredo has been chosen, either alone or together with the other directors of the bateria, creates an arrangement for it, rehearses it and presents the bateria to the judges in the parade.

The "Master of the Hall" is the companion of the Porta Bandeira (flag bearer) and dances a special choreography in which he is never really allowed to dance samba steps.

Pagode is the name of the samba music played at parties, club performances, etc. usually with the musicians sitting at a table.

Parada means "stop". Paradinha is the diminutive, i.e. a "tiny stop" - an interruption - of the samba groove of the bateria. Usually better known under the English name break.

Passistas are solo dancers. They are chosen for their special dancing talent, their infectious temperament and their beauty. They usually have very little choreography, but are allowed to dance free, dancing real samba steps most of the time.

The "flag bearer" has the great honour of presenting the flag of the samba school during the carnival. Tradition demands that on the occasion of the foundation of a new Escola de Samba, the Porta Bandeiras of all the other Escolas should be present - each with their own flag.

He is the singer of the Samba de Enredo, although Puxador does not directly mean singer, but is an expression for someone who is supposed to animate and "pull" the audience along. The official title of the singer of a samba school is "Interprete".

The "Queen of the Bateria" is a particularly pretty woman who dances directly in front of the bateria. In the past, this person was often chosen by the whole samba school at a rehearsal. Nowadays, prominent actresses or models buy this position by donating huge amounts of money to the school and in return are allowed to present themselves to the cameras in front of the bateria.

Percussionist of a bateria

The "song on the theme". Every year around July, all composers submit their sambas to the samba schools, which are then played during rehearsals in an elimination process, until a winner samba is chosen in September and then worked on for the rest of the carnival season until the parade.

The first surdo, bears this name because it is the first to start playing (on the beat 2 and 4).

The third surdo has the task of conecting the first and second surdo with it's groove and variations and introducing or playing around the refrain and special passages of a samba de enredo.

The "old guard" of a samba school is treated with a lot of respect. It is made up of people who have dedicated their whole lives to this one samba school. They do not wear costumes during the carnival procession, but suits, usually in the school's colours.